A Message From Sigurd Rascher

This mouthpiece is the only one that is authorized to carry my signature. It is an exact replica of the mouthpiece I have used since I began concertizing. The tone quality I produce with it has won universal acclaim. Yet it differs distinctly from what is often called “a saxophone tone.”

This mouthpiece is offered with only one facing. This is neither an oversight nor a matter of economy. It is the result of countless experiments with professionals and students. The facing of a mouthpiece can be changed to favor most aspects of playing, such as high register, low register, brilliance, volume, easy response, etc. But any such favor must be bought with a proportionate decrease in some other characteristic. This tends to produce an unbalanced tone quality. And because experiments on mouthpieces during the last few decades were aimed at increased brilliance and certain “edge” in the tone, the main loser in the bargain was the tone’s expressive beauty. And over all the ado about facings, we have almost forgotten the interior dimensions.

Adolphe Sax, the inventor of the saxophone, was very specific about this: so much so that he included a sketch of it on his patent letter, as you can see below: a stubby, almost bulky mouthpiece, permitting a large, barrel-shaped tone chamber. And in the accompanying text he pointed out that the proportions on all saxophone mouthpieces should be the same.

Allow yourself at least eight weeks of daily study with your new mouthpiece before forming an opinion on the improvement in your tone. Do not alternate with your old mouthpiece. Don’t be discouraged if it may seem to require greater effort at first. The reward is bound to come in the form of a smooth, rich tone, that blends well with other instruments, and gives that distinct expressiveness in solo playing, of which only the saxophone is capable. And you will help to fulfill one of the aims of Adolphe Sax: to add a new color to the noble heritage of musical culture.

My royalties from these mouthpieces go 100% into a fund to aid education in our schools. 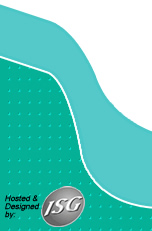